When you look to models of success in writing, James Patterson has to be at or near the top of your list. You may not enjoy his books but you can’t deny his prodigious talent. Those writers looking for exemplary models of the craft of writing need to look elsewhere for a role model. 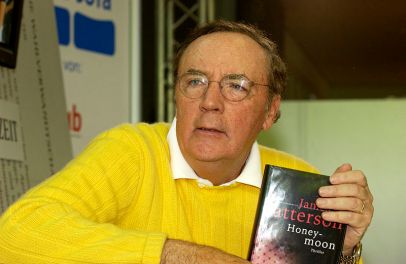 If you’re looking, however for how to earn a living from your writing, how to find and satisfy readers, and how to leave a legacy as a writer, then it’s worth the effort to study Patterson.

How do you study an author?

Read that author’s books for a start.

Follow them on social media. Research their path to success. Note the key indicators which you could replicate.

In the case of James Patterson, there are multiple credits to claim him as a role model from which to learn.

In summary, for me, these facts tell me that Patterson is an intelligent person who has practised success academically and in his career. Once you taste success then you are more likely to be successful in more than one area of your life. Patterson seems to have a talent in the areas he chooses to move into.

He is driven by achievement. Whether he set out to win awards or not I can’t say. That he can claim credit to multiple awards wins since his first is clear. A person accustomed to success usually looks to the recognition of that success and in writing, awards are one of those markers. It would not surprise me that Patterson aimed for certain awards.

He writes to market. As a savvy advertiser of many years, Patterson would have recognised where to focus his efforts if he wanted to be a successful author.

He shares his largesse. He is comfortable mentoring other writers and helping them to succeed. Add to that his extensive and impressive philanthropic pursuits. Patterson reinvests in the industry which has embraced his work.

He is prepared to test new waters. Switching genres is not recommended but once you’re successfully published in one space it is a new challenge to explore and succeed in other genres.

Patterson is often criticized for his collaborations and that he writes less than plots. At 72 years of age and with such a massive back-catalogue, we might forgive him his effort to continue publishing.

What warms me to Patterson’s highly commercial approach is his philanthropic position. He has instigated awards and campaigns to encourage reading and directly contributes to many causes and organizations which support literacy.

Patterson has never claimed to be a craftsman. He aims for commercial success and his fans have a voracious appetite. How can that be wrong?

J.K. Rowling has created arguably the most fantastical world in contemporary times.

Her success in the Potter franchise is widely acknowledged.

Writing fantasy fiction in any form has not been my interest even though I love Harry Potter and the entire series. I was as captivated as any child, reading those books. Even though it’s not my genre as a writer, I respect Rowling’s genius in creating her amazing world.

If you want to get a glimpse of what’s involved in creating such a world then reading these insights is worth your while.

It’s through the detail and integrity of place and people that Rowling has captured her world for all to share.

Now, if you want to learn from a highly successful writer, then this video is one to watch.

Early on you will see that she was passionate about creating her world (even if she did get the train station wrong). The completeness of her notes and drawings and scribbles is a testament to someone who lived her imagination so continuously.

What you’ll also learn is how disorganised she may seem (though she knows where everything is) and, how focussed she was on the minutiae of her world to make it authentic.

Note: she redid chapter one some 15 times until she felt she had it right. (And I groan at doing my first edit!). It’s a great reminder to analyse your story to make sure you’re not giving away the plot too early and to feel ok letting some of your words go.

“It felt as though I was carving a book out of this mass of notes …condensing and editing and sculpting.” If you have enough material, you have the luxury of deciding what to leave out, what to put where and how to best massage your story.

Watch the video and make sure you take notes. Learn from the greats.

I love a good writing group. And there are plenty of them. Taree Scribblers is one.

Writing groups run along similar lines but do it differently which is why one’s experience of a writing group varies from one to another. Much of the variation between writing groups is down to both the process they follow and the mix of people in the room.

Even though it was a 170km round trip to head to Taree, it was definitely worth the effort.

When you join up somewhere new, you want to feel welcomed and the Taree Scribblers crew did that. A friendly and inclusive mob of writers.

When you join a writing group you want to feel that you gain a benefit in some way.

For some, it is simply to escape the isolation of writing alone and have a writerly chat over a cuppa. For others, it’s getting their work validated through reading or critique. Others prefer to learn something through a workshop or lesson on some aspect of their craft. Yet others, it’s about practising their craft through writing sessions or exercises.

Taree Scribblers covers all those bases.

At the session I attended there was a brief cover of general business to update the membership on things such as competitions, publications, financials etc.

Read Your Writing Out Loud

Then onto reading of short pieces for those who wanted to play. Each month they set a theme word or phrase and I’d been forewarned so had my 500 words ready. When you read aloud there’s always something of the shy 10-year-old that pops up and cringes wondering if it’s boring or tiresome or inadequate. No such feelings at Taree Scribblers. Each piece was warmly received: all writers were of a confident and capable standard. I felt my piece said ‘I deserve a place at your table’. It was my credibility stake in the ground. Once I’d heard others, I knew I could learn from this group of published and polished writers.

After a short tea break it was onto a workshop session covering how competitions are judged and how to prepare your submission for success. This was an excellent session and I wish I’d realised it was on – I had to leave early for another appointment but would have made arrangements to stay for the whole session. Anything run by Jacqueline Winn is worth sticking around for!

So for my money, I’ll be back. Taree Scribblers is now a regular on my calendar.

Check out writer’s groups in your neck of the woods and get along to see how well it matches your needs as a writer.

Taree Scribblers meet the second Wednesday of the month in Taree from 10-12.30/1pm.

You are currently viewing the archives for October, 2019 at melanie wass.